Space: the final frontier or the fungal frontier? The challenges to life in space seem insurmountable, but with a little help from a familiar friend, it may not be so far-fetched.

Those who are up to date on Star Trek may be familiar with the concept of our fungal friends being utilized for space travel. However, it may surprise you to realize it is not just a far-fetched plot line in a sci-fi show. While fungi most likely won’t be powering starships anytime soon, they may help us in our quest to make space more habitable.

One of the first things people consider when thinking about living in space, whether it be a space station or another planet, is the issue of food. Packing food for a trip is all well and good for a short stint in the international space station, but for longer travel, living, replenishable sources are going to be necessary. Current food allotments for astronauts are 1.83 pounds (0.83 kilograms) of food per meal each day. For three meals that is ~38.5 pounds a day (~17.5 kilograms) for a standard crew on the international space station, so even a year long trip would require 14 thousand pounds of food (6.4 thousand kilograms) [2]. Enter the humble oyster mushroom (Fig. 1). Work being done between NASA and renowned mycologist Paul Stamets has shown remarkable possibility of the common oyster mushroom’s capacity to break down asteroid regolith, more colloquially called asteroid dust. With the help of some nutrients provided by some rotting vegetation and human waste byproducts, this mushroom could be our answer to getting fertile soil on other planetary bodies [4]. And while this allows us to then grow all matter of food, they are pretty tasty by themselves. 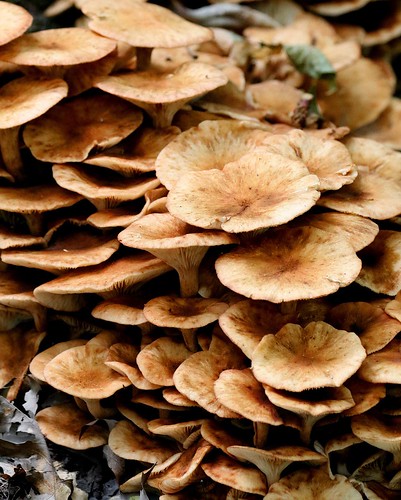 Food is all well and good, but where are we going to live? If you think food takes up a lot of space on a ship headed to another planet; how much room do you think we would need for the materials to build an entire settlement? How about a space the size of a brick [5]? Reishi mycelium, the rootlike structure of another mushroom species: Ganoderma lingzhi, colloquially Reishi, can be grown inside a mold (pun not intended) allowing them to form into a variety of shapes as they grow and fill the mold: a brick, a chair, even a whole house [8]. Once it fills the mold, you can pop it into an oven to effectively kill the mushroom and stop the growth. If you are interested in your own toadstool-stool some sellers are already selling do-it-yourself kits [3].

Fungi also has the potential to protect us further than just keeping us out of the elements. It could also be the answer to our issue with ionizing radiation. Ionizing radiation is a type of energy that strips electrons from atoms. It is not always dangerous; we use ionizing radiation in the form of x-rays and as cancer treatments [7]. But it does need to be used with caution. Too much exposure can lead to health issues including an increased risk of skin damage, cancer, or even radiation sickness as seen in the Chernobyl disaster or the atomic bombs of Hiroshima and Nagasaki [6, 9]. Astronauts are at an elevated risk of radiation related disorders because they are not protected by Earth’s atmosphere like we are. Today’s astronauts, who spend only short periods of time in space, have the same dose of exposure as having between 150 to 6,000 chest x-rays, depending on the length of the trip [7]. If we are to live in space this means multiplying this exposure several fold, increasing our risk of complications significantly. But in a strange turn of events the same thing that can make us so sick seems to be just what some fungi are looking for.

Discovered first in the contaminated soil of the Chernobyl Nuclear Power Plant disaster in 1986 (Fig. 2), radiotrophic fungi are a remarkable example of adaptation. Similar to how plants use photosynthesis, these fungi are able to take radiation and convert it into energy, essentially using it as a food source [1]. This ability to consume radiation and use it to grow and thrive presents us with the potential to use it to create a self-replenishing radiation shield. Researchers working with NASA sent samples of such radiotrophic fungi like Cladosporium sphaerospermum (Fig. 3) to the International Space Station. They found that even just a ~21cm layer of this fungi could negate the increase of radiation exposure caused by life on such planets like Mars, where the extremely thin atmosphere leaves us at a much higher exposure rate than on Earth [10]. This protective quality of the fungi could be utilized by creating a living layer of fungi in the walls of our space habitats, a layer that would self replenish as it consumed the radiation it protects us from. 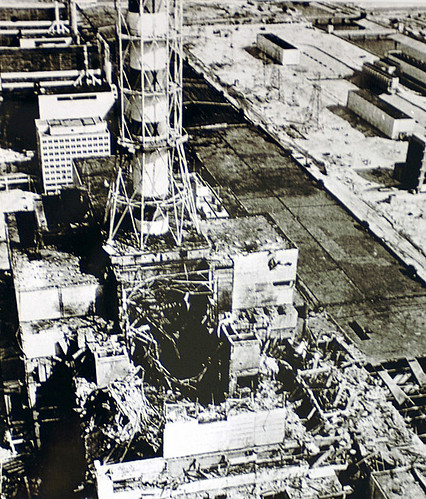 Figure 2. Chernobyl Unit 4 reactor after the core explosion and fire of April 26, 1986, the worst nuclear accident in history. The highly radioactive environment is responsible for the highly radioactive soil in the surrounding areas where the radiotrophic fungi were first discovered. (Source: International Atomic Energy Association via nist.gov) 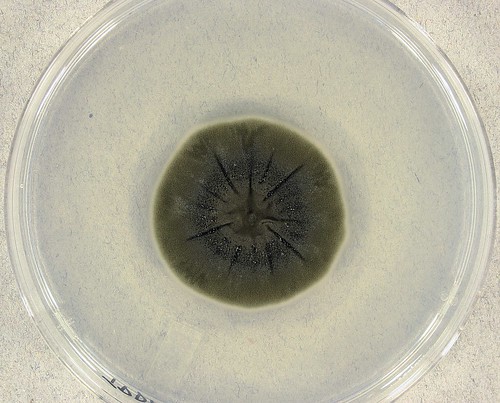 Figure 3. Cladosporium sphaerospermum as viewed in a petri dish. This species is an opportunistic fungi that often is found on weakened and dying plants. One of the radiotrophic species found at Chernobyl. (Source: mold busters)

These are just some of the potential implications for using fungi in space. Other even more fantastical implications are being thought of every day. Whether it be psychedelic mushrooms as medication to minimize the loneliness of space travel [4] or even taking mushroom furniture a step farther and making satellites out of them to minimize the damage of space junk [11], the opportunities are endless when it comes to our fungal friends.

« Freshwater Mussels are Declining: Why Should You Care, and What Can You Do?
Archive