These small animals are incredibly important to aquatic environments but face challenges due to human activities, including climate change.

If you’ve ever spent time swimming, fishing, or boating in a lake, river, stream, or pond, chances are you were sharing the water with at least one species of freshwater mussel (Fig. 1). Maybe you saw these small rock-like creatures poking through the sandy bottom of a river, maybe you saw a collection of empty shells (known as a midden), or maybe you didn’t even notice them. Even if you didn’t recognize it at the time, these freshwater invertebrates are crucial to their ecosystems, and are one of the most rapidly diminishing taxa worldwide [1]. In North America alone, over 70% of the 300 native species are considered imperiled, indicating that they are at risk of endangerment or even extinction [2]. But why does this matter? 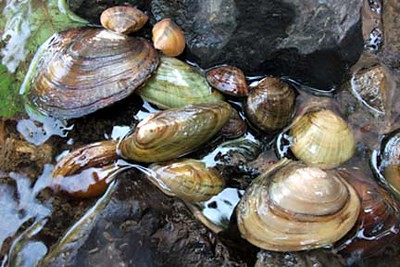 Figure. 1 - Healthy mussels are indicators of ecosystem health, also known as “bioindicators”. Just like proverbial canaries in the coalmine, mussels will not persist if conditions are poor. (Source: Plains and Prairie Potholes Landscape Conservation Cooperative (LCC) via Flickr.)

Quite simply, freshwater mussels are a vital part of their aquatic ecosystems. Freshwater mussels take up nutrients from their environment through a process called filter feeding. This improves water quality and clarity by reducing the amount of organic debris in the water. They also serve as prey for predators such as otters and herons. Mussels stabilize the substrate into which they burrow, which reduces erosion and runoff into downstream areas. This further improves water quality and provides habitat for other species such as fish and submerged aquatic vegetation [3].

Mussels are particularly vulnerable to anthropogenic activities such as land use change, habitat fragmentation caused by dams, agricultural runoff, over-harvesting and introduction of invasive species (Fig. 2) [4, 5]. Freshwater mussels are incredibly sensitive to their environmental conditions, and for this reason are often used as “bioindicators” of ecosystem health. They will not thrive in habitats with poor water quality, increased temperatures, or altered water flow regimes; all of which are exacerbated by anthropogenic climate change. Additionally, they are heavily impacted by invasive species. If you’ve boated in some lakes, you may have been asked to check your vessel for zebra mussels; these are an invasive mussel species introduced to the United States in 1988. These mussels threaten native populations of mussels by utilizing their resources and clustering in their habitats [6]. Invasive aquatic plant species such as milfoil and hydrilla are also harmful to native mussel populations since they can quickly become the dominant vegetation and modify the flow, temperature, and water quality in their environment. 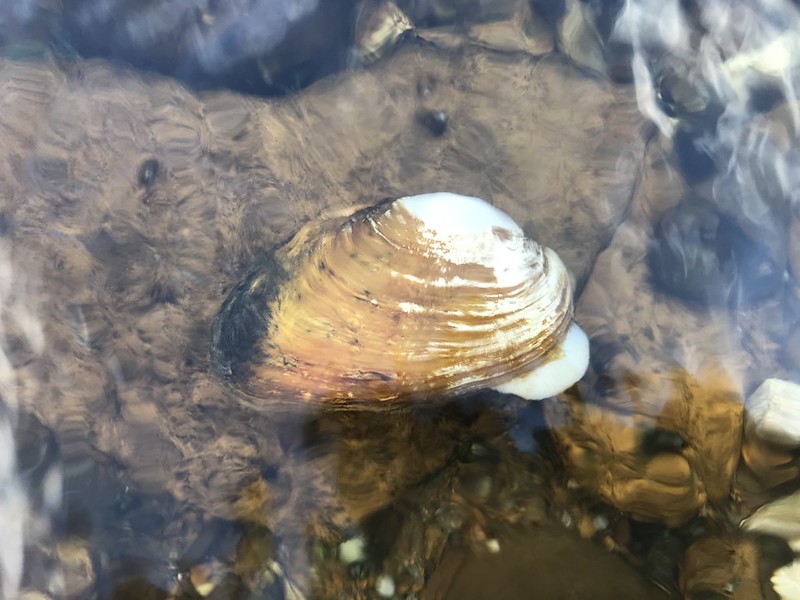 Figure. 2 - A dying Pheasantshell mussel displaying its foot, the muscle which it uses to move. Healthy mussels will quickly retract their foot as a reaction to a disturbance, but unhealthy mussels cannot react quickly and are thus more vulnerable to predators or environmental pollutants. (Source: U.S. Fish and Wildlife Service Northeast Region via Flickr).

So, what can we do to protect freshwater mussels? On the individual level, there are several small actions you can take that will have a large impact on aquatic conservation. Don’t contribute to harmful practices like harvesting native mussels or transporting non-native species - be sure to check your vessel, clothing, and equipment (such as fishing nets) for any tagalongs before departing from a day on the water. Be mindful of your impacts to water quality and aquatic habitats, both while you are recreating and in your daily life. Avoid using products such as road salt, nitrogen fertilizers, household cleaners, and other toxic chemicals near sources of water or drainage outlets - these products can contaminate water and harm aquatic organisms. At the governmental level, state and federal wildlife agencies are working to reduce environmental stressors by limiting intensive land use near aquatic ecosystems, requiring the translocation of endangered mussels prior to disturbances, managing invasive species, and improving aquatic connectivity through dam removal [7]. Some agencies have even implemented freshwater mussel propagation initiatives, where juvenile mussels are grown in a controlled environment before being released into the wild to bolster native populations. Although the situation for freshwater mussels is dire, there is hope that imperiled populations can be restored.

« When does order matter when listing the sexes? Always
Archive
Thriving in Deadly Environments: Could Mushrooms be our Ticket to Colonizing Space? »