The American Chestnut once dominated forests along the eastern seaboard of the United States. Where did they go, and will they ever return to their former glory? 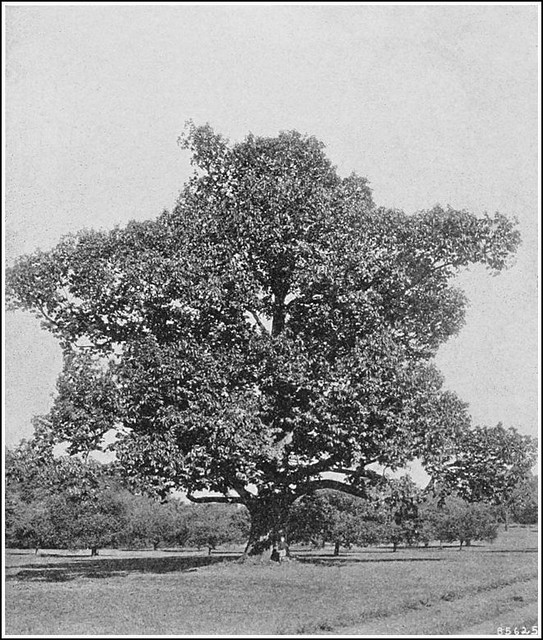 Figure 1. A large American chestnut tree in Maryland around 1914. A small child stands near the trunk for scale. (Source: United States Forest Service via Wikimedia Commons)

Every holiday season we sing of “chestnuts roasting on an open fire”, unknowingly clinging to a piece of American life that has slowly vanished along with what remains of the once great American chestnut tree in North America. The American chestnut (Castanea dentata) is a deciduous tree that once numbered in the billions, spanning the eastern seaboard of the United States through the Midwest. They could grow to be over 12 feet wide and over 100 feet tall (Fig. 1), and in the most abundant areas of their range they accounted for nearly 1 in 4 forest trees. Likely unsurprising, they were prodigious producers of fruit (Fig. 2). A single tree could produce as many as 6000 nuts in a year, an important food source for not only local wildlife, but also humans. Poor farmers in areas where soil fertility was not ideal ate, sold, and used the nuts as feed for their livestock to make their livelihood more sustainable. Before colonization, the tree was prized by Native American tribes to such a degree they burned neighboring competing trees and developed orchards of the American chestnut. Chestnut wood was also highly valued as lumber due to its quality, versatility, and ability to replenish faster than other trees [1]. 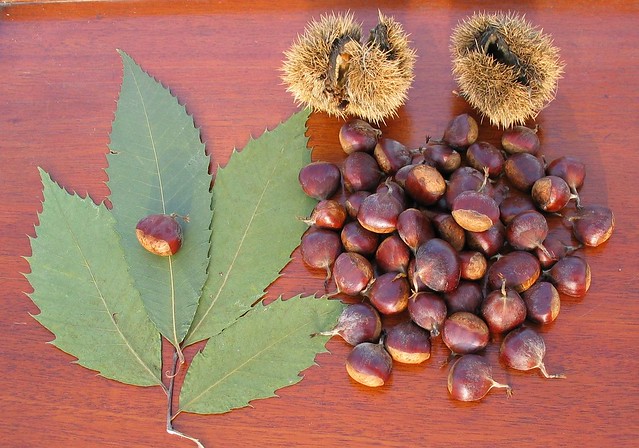 But where is the chestnut today? Like many North American tree species, unsustainable timber harvesting in the late 1800’s through the early 1900’s greatly impacted their populations [1]. Furthermore, the introduction of ink disease (Phytophthora cinnamomi, a type of mold) to the southeastern US in the early 1800’s reduced chestnut populations by attacking their root systems. The main cause of their rapid decline, though, was chestnut blight (Cryphonectria parasitica, a type of fungus) which arrived with the importation of trees from Japan to New York [2]. The chestnut blight pathogen attacks underneath the bark of the tree, forming cankers which eventually grow large enough and numerous enough to girdle the tree, preventing proper water flow leading to eventual death above the point of infection [3]. After its introduction, chestnut blight swept through the entire range of the American chestnut, and by the mid 20th century had killed billions of trees. Those that remained and still had healthy root systems were reduced to bush-like sprout clumps, continuously sending up new shoots as old ones were strangled in an attempt to survive [3] .

Today, the American chestnut can still be found scattered amongst its historical range in its clump form, rarely reaching maturity and fruiting, casting doubt on its long-term survival (Figure 3). Interestingly, two closely related shrub-like tree species known as chinquapins come from the same genus as the American chestnut and persist in the United States. This species group, explored in my own research, includes the Allegheny chinquapin (Castanea pumila) distributed throughout the southeastern U.S. and the Ozark chinquapin found mostly in Arkansas (Castanea ozarkensis) [4]. While the cultural and ecological importance of the American chestnut can never be replaced, increased resistance to the disease by these chinquapin species and their genetic similarity to the American chestnut maintains hope for the persistence of this genus in North America [3]. 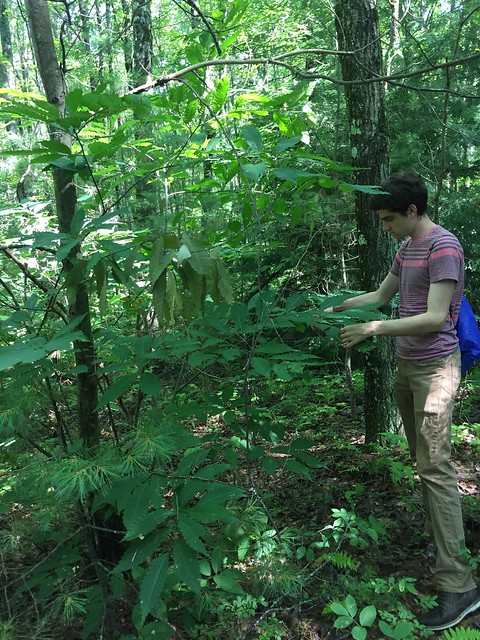 Figure 3. Me next to an American chestnut sprout clump, found during fieldwork in Connecticut during the summer of 2018. The drastic reduction in size due to the blight is emphasized here when compared to the tree in Figure 1. (Source: E. Spriggs)

Many different methodologies have been attempted to save the American chestnut from the blight with varying levels of success, including cross breeding the American chestnut with more resistant chestnut species from Europe, Asia, and the North American chinquapin species described above. Furthermore, biological control has also been attempted, and most recently genetic modification. The genetically modified American chestnut, created by researchers at the SUNY College of Environmental Science and Forestry, contains 99.999% of the original genome of the plant, with one gene from a species of wheat inserted into its DNA to combat the blight. This has been found to be a very effective solution in preventing tree mortality. Although controversial, they are seeking permission to plant and make available to the public these trees from the USDA, EPA, and FDA [5]. If approved, these GMO American chestnut trees will be replanted across their native range, and we may find them roasting on open fires once again.

« Musings of a Hobby Mushroom Hunter
Archive
What is a post bac? My experience in PREP »