In this blog, I explore how mushroom identification has shaped how I view the natural world and given me a deeper appreciation of the biodiversity all around me.

You’ll usually find me on this blog talking about topics tangentially (or directly) related to my research, ranging from primate coloration and evolution to the world of microbes and even conservation. But this blog post will focus on something pretty different—my journey into the world of mushroom identification. My perspective as an evolutionary biologist and ecologist has shaped my experiences as a hobby mycologist, but entering the fleeting, half-hidden world of mushrooms has also affected me as a scientist.

Over this past autumn, my husband and I decided to take our freshly-bought mushroom identification guide, grab our loupe (a small magnifying glass used to examine the structure of mushrooms to help identify them), and go look at mushrooms in a nearby state park. It had just finished raining, which meant that the fruiting bodies (AKA mushrooms) of the branching networks of fungal mycelium in the forest had sprung up, plump with the freshly fallen water [1]. When I first entered the park, I was looking up, admiring the sprays of yellow and red leaves against the sky. When I do my research on lemur microbiomes in Madagascar, I am looking up into the high reaches of the trees, searching for the flash of white or the rustle of leaves that could indicate a group of sifaka lemurs to capture and release. Looking up was typically how I, as a biologist, observed forests. But it was only when I began looking down, and looking deliberately, that I began to see the fungal riches all around me. 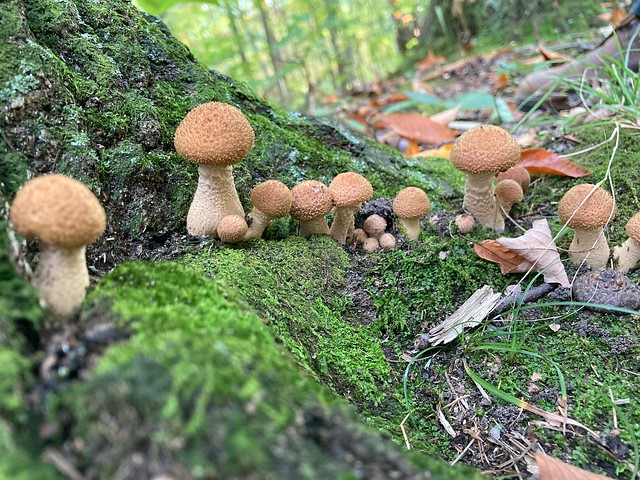 Figure 1. A cluster of small honey fungi at the base of a tree. Frequently considered edible when cooked thoroughly, the honey fungus is also a lethal tree parasite. Photo Credit: Rachel Bell Burten.

I walked over to a broad, flat white mushroom nearby, and it was there that I saw a smaller, red-capped mushroom (likely an emetic russula) only a few feet away. A few yards past this pair and there was a smattering of small black trumpet mushrooms growing straight out of the verdant moss on the forest floor. Just a quick walk further down the path and we saw a mass of young honey fungi springing out of the base of a tree. We spent two hours that afternoon searching for, photographing, and identifying mushrooms–all within a distance of 500 feet.

Looking for mushrooms invoked my skills as a field biologist and naturalist. I felt right at home letting my eyes slowly scan the forest floor and trees for pops of colors and shapes that could be potential mushrooms, as well as carefully noting the gill structure, stalk appearance, and caps of each mushroom found to compare against the mushroom identification guide. The experience was simultaneously novel: I had never gone so slowly or so carefully through a forest path, observing the bark of trees and the ground with such focus. I had certainly never expected to come across the staggering array of fungal diversity that seemed to cover the entire forest. 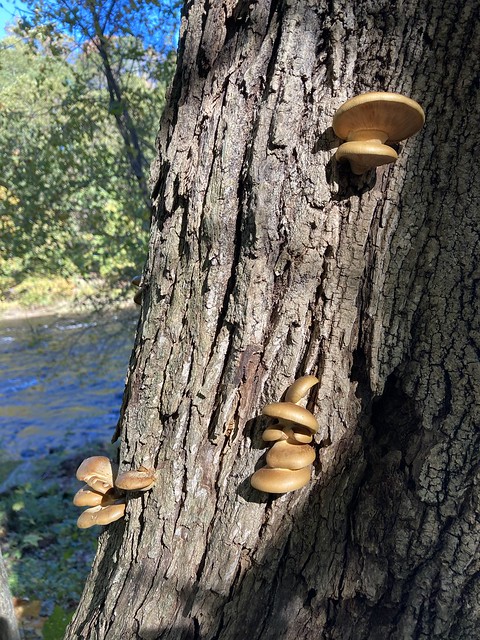 When we left the park that evening, I was giddy. I could have walked this park path in 10 minutes, perhaps noticing one or two mushrooms, if that. But that day it felt like if I looked anywhere, hard enough, eventually they’d reveal themselves: I’d spot a delicate free-gilled mushroom poking through the dead leaves, or a column of bracket fungi trailing up a tree. Throughout the rest of autumn, I continued to hunt for and identify mushrooms in the trails, parks, and forests around me with zeal. Becoming a hobby mycologist has allowed me, as a biologist, to personally experience the wealth of biodiversity immediately around me in a way I had previously only understood theoretically—no trip to Madagascar necessary! 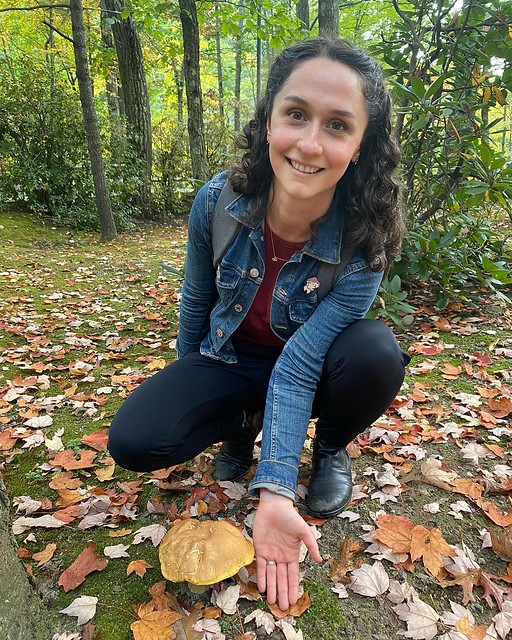 Figure 3. The author and a large peppery bolete after her first day of mushroom identification. Photo Credit: Michael Burten.

Whether or not you are a biologist, I encourage you to learn how to identify the natural world around you—be it mushrooms, birds, insects, or trees! As Indigenous scientist Robin Wall Kimmerer says in her book Gathering Moss: A Natural and Cultural History of Mosses, knowing the names of the plants (and other living things) creates a connection with that living thing, and in doing so, changes how we see it: “Having words for these forms makes the differences between them so much more obvious. With words at your disposal, you can see more clearly. Finding the words is another step in learning to see… Having words also creates an intimacy with the plant that speaks of careful observation” [2]. Learning to identify mushrooms has fundamentally changed how I observe them, and has also brought forth deep respect for their ecological, evolutionary, and cultural roles. The wealth of biodiversity is all around you—all you have to do is look.

Author’s note: Do not eat mushrooms you find growing–even if you think they are edible–without a definitive positive ID using multiple criteria from an expert accompanying you. Edible mushrooms can have extremely toxic look-alikes.

« Friendships, Betrayals, and Reputations in the Animal Kingdom
Archive
The Story of Chestnuts in North America: How a Forest Giant Disappeared from American Forests and Culture »