The incredible life of Epulopiscium bacteria.

Across the tree of life, many organisms don’t live by the typical ‘rules’ of biology. One incredible group of rule-breakers are the giant Epulopiscium bacteria (pronounced eh-peu-loh-PIS-ee-uhm). These microbes can grow to a whopping 0.6 millimeters, which is pretty impressive in the bacterial world. For perspective, E. coli, a traditional example of a bacterial cell, is about 0.001 millimeters, and the largest human cell is the ovum, or egg cell, which is about 0.12 millimeters in size.

Epulopiscium are not only physical giants; they also have an enormous genome. While humans and most animals have only two sets of chromosomes (known as diploidy), Epulopiscium bacteria can have up to 400,000 sets of chromosomes (known as extreme polyploidy) [1]! Because mutations happen randomly, this bacteria’s large genome size creates more opportunities for mutations to arise. Fortunately, the giant Epulopiscium genome is also protective, as having many copies of chromosomes allows for these mutations to accumulate in their DNA without causing fatal harm to the cell [1]. Even after experiencing many changes to their genetic blueprint, these bacteria can survive and pass down their mutations to the next generation [1].

These fantastic traits are likely tied to the bacteria’s symbiotic lifestyle. Epulopiscium bacteria are only found in the guts of surgeonfish [2-3]. They were discovered in 1985 by a group of fish biologists looking at the gut contents of surgeonfish in the Red Sea, and, at the time, they thought Epulopiscium were too big to even be bacteria [4]. Since these bacteria have never survived in the lab, we have only ever studied them from dissections [5]. It’s likely that their endosymbiotic ecology allowed them to evolve into such large, extremely polyploid bacteria [3]. 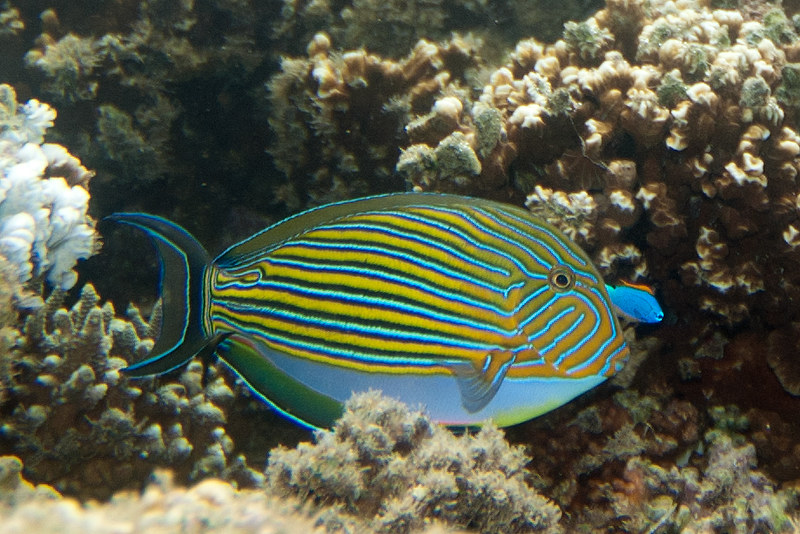 The symbiotic lifestyle of Epulopiscium bacteria also likely contributes to their unique method of reproduction. Most bacteria, including E. coli, reproduce in a process called binary fission, where the cell elongates and splits down the middle into two daughter cells. Some bacteria reproduce differently through a process called sporulation, where vegetative, seed-like offspring develop into daughter cells. Epulopiscium bacteria reproduce in a fantastic version of sporulation – their daughter cells develop inside the cell body of the mother cell and emerge in vivipary, or live birth [2; Figure 3]. 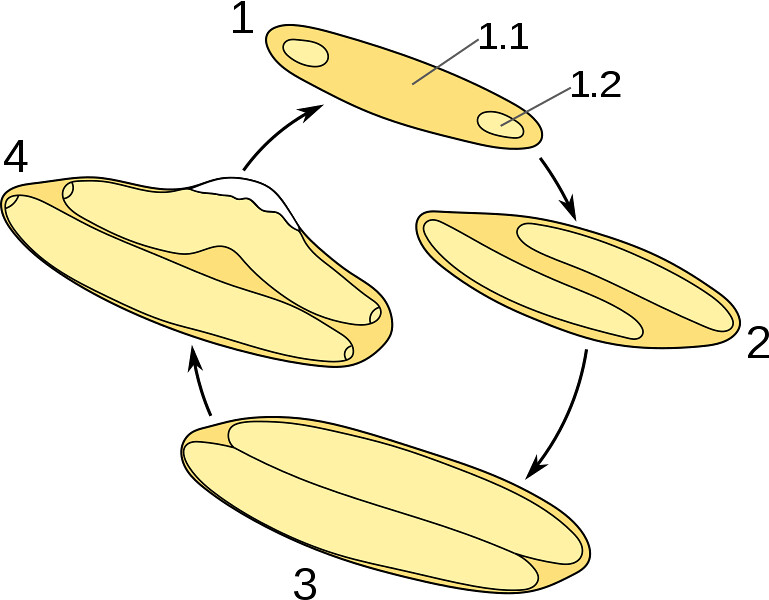 Figure 3. Epulopiscium spores form at the ends of the mother bacteria. Eventually, the spores develop into living daughter cells that emerge from the mother in live birth, or viviparity. Source: Maxinvestigator, Wikimedia Commons

Reproducing through vivipary requires dynamic genome structure and content. When forming daughter cells, the mother cell extrudes almost all of her tens of thousands of copies of DNA, leaving only a tiny fraction of her genetic material for the next generation to inherit [3]. Because they only delegate a small portion of their genome to their offspring, Epulopiscium are a unique bacterial version of a process called germline/soma distinction that is found among all eukaryotes (e.g. multicellular organisms) [6]. In this way, they are a kind of ‘missing link.’ They may be exhibiting an ancestral form of a genomic process essential to eukaryotic organisms alive today.

Because of their unusual shape and lifecycle, Epulopiscium help expand our understanding of what it means to be a bacteria. Their impressive size, extreme polyploidy, and ability to give birth to live daughter cells provoke new questions about their evolutionary history and ecological roles. Rule-breaking microbes like Epulopiscium hold exciting secrets to life that we are only beginning to discover. That’s big.