What would you think if I told you I grow human brains in a lab? 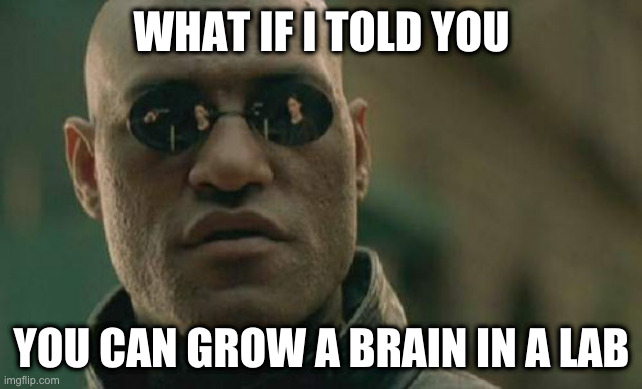 Fig. 1 (Meme 1) Would you believe it if I told you that I grow human brains in a lab? Well, I do not (yet) but we do have the technology! Welcome to the future. (Image source: Christopher G. Claypool via imgflip)

What exactly is a brain organoid?

Cerebral organoids are not fully-grown brains, but they are innovative mini models (a few millimeters in size) that we can grow in a dish to study the basic biology of the real thing [1].

In a world where good brains are hard to find…

Why would we want to grow a human brain organoid in the first place? That one is easy: real human brains are precious. Not only are they complex organs but they are difficult to study for a few reasons: 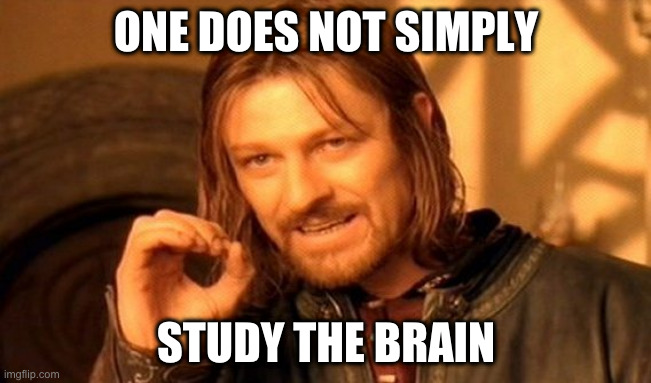 Fig. 2 (Meme 2) There are several reasons why we know so little about brains; they are quite difficult to study. (Image source: Christopher G. Claypool via imgflip)

You might ask, “can’t we just use an animal’s brain instead?” Yes! We can learn a lot from animal brains, but they are not always a good enough model for the human brain. For example, the human brain has unique development and it is (somehow) responsible for many behaviors that we do not see in any other species. Chimpanzees are our closest relatives, yet they are not out here driving cars and contributing to society. So, the brains of other primates just will not do if you are interested in uniquely human traits. Thus, human brain organoids give us the opportunity to grow our own brains in the lab and do our research.

What would we do with a brain if we had one?

What can we learn from these brain organoids? A lot! Scientists can use organoids as experimental models to study pathology (like Alzheimer’s disease, schizophrenia, and autism), the blood-brain barrier, brain development, and brain evolution among other things [2]. For example, one research group recently grew brain organoids of human, chimpanzee, and rhesus monkey and studied them to understand how evolution has shaped the development of the unique brain that we see in humans [3]. 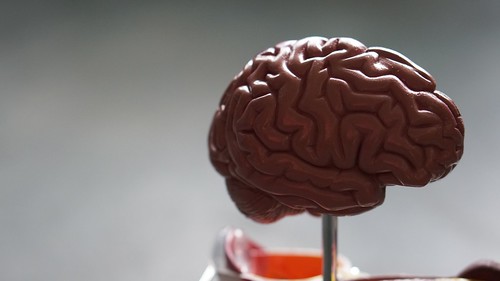 How to grow a brain:

Before we grow a brain in the lab, we must understand two concepts: biological organization and differentiation. The cell is the most basic building block of all life. Multicellular organisms (like humans) have a diversity of cells. Think: a skin cell is different from a liver cell, with lots of specific subtypes that perform different jobs. Where do all these cell types come from? Stem cells! We all started as a single cell (a stem cell) that divided to make all the cells in our bodies. Chemical signals tell stem cells what kind of mature cell type to turn into. This process is called differentiation and it happens as our bodies develop. Combinations of different mature cell types organize into tissues and combinations of different tissues organize into organs [4]. It is complicated stuff, but nature makes it look easy. 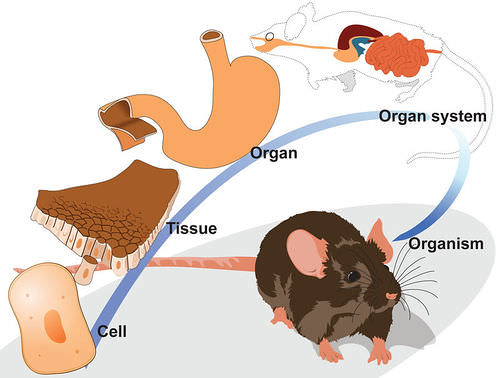 Fig. 4 – An example of biological organization. Many cells come together to form tissue, which forms an organ. Several organs make up a system, and multiple systems work together for an organism to function. (Image source: LibreTexts)

To grow a brain in the lab, we try to mimic nature so that the cells will differentiate and self-assemble into brain tissue. We start with induced pluripotent stem cells (iPSCs), or mature cells that were undifferentiated (turned back into) stem cells – a major feat of genetic engineering on its own [5]! With these iPSCs, we can make any kind of cell we want by exposing them to the right chemical signals at the right time (these media are commercially available). First, we differentiate iPSCs into neural progenitor cells (NPCs, as previously reported), then into mature cells like neurons [6]. Depending on the brain region we want to study, we may be able to simply grow the cells in a dish in an incubator (set to body temperature) or we might need to use a bioreactor – a high-tech device that precisely controls the internal conditions (oxygen, nutrients) [5, 7]. If we are successful, we could have an organoid ready for experiments in a couple of months [5]. Much faster than a human!