Us: Living near water and below sea-level is a bad idea. The Dutch: Challenge accepted.

Note: The Netherlands (also known as The Kingdom of the Netherlands) can refer to the northwestern European region as well as three islands in the Caribbean. This article will refer only to the European land.

Rising seas, increased snow melt, and the increased frequency and intensity of hurricanes and heavy rainfall events as a result of global climate change are contributing to worsening flood risks worldwide [1]. The European nation of the Netherlands, which literally translates to low-land, is no stranger to floods. This low-lying coastal region has been ravaged by devastating floods repeatedly for hundreds of years (Fig. 1) because nearly half of its land area is only 1 meter (~3ft) above sea level or less. In fact, if not for its extensive system of dunes, dykes, and pumps (Fig. 2), 65% of its land would regularly be underwater at high tide [2]! It’s no wonder that the Netherlands is leading the world in water management and flood resiliency engineering.

Fig. 1 - Left: The Christmas Flood of 1717. Originally copper engraving by an unknown artist. (Photo source: Michael Gäbler). Right: The aftermath of the North Sea flood of 1953 (Photo source: National Archives and Records Association). These are just two of many devastating floods to impact the Netherlands over its long history. 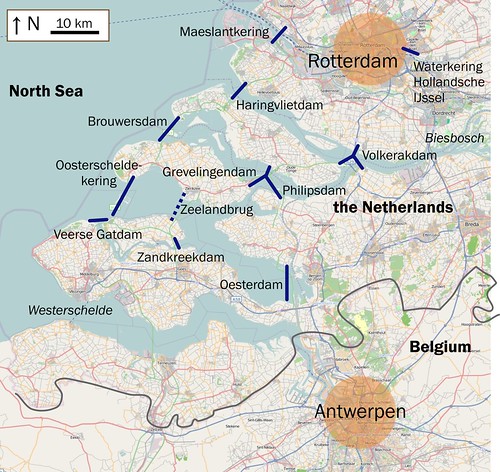 Fig. 2 - A map of the southern portion of the Netherlands highlighting only some of the most recently built water control structures from the Delta Works project (Photo source: OpenStreetMap).

Protecting against devastating and deadly floods, the people of the Netherlands have constructed large dykes, dams, and floodgates on the seaward side of the country and additional dykes along the three major rivers that flow through the Netherlands. While differing slightly in their construction and intention, each of these types of structures serves the general purpose of holding back large bodies of water (Fig. 3). However, the country has gone a step further than simply attempting to hold back rising water in the event of a storm – starting as early as the 14th century, the Netherlands began “reclaiming” land from the waterbodies within the nation (Fig. 4) [3]. Land reclamation is the process of creating habitable or farmable land from a waterbody such as the sea or lakes and rivers. The Dutch have accomplished their expansive land reclamation through a combination of retaining walls, pumps to drain water, and back-filling with sand and other land materials. Today, some of the largest cities in the Netherlands and extensive agriculture exist on reclaimed land (Fig. 5) [4]. 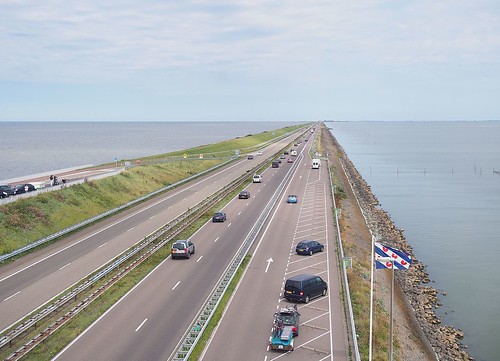 Fig. 3 – The Afsluitdijk dam which divides the Wadden Sea to the left from Lake Ijssel on the right. This 32 km (20 mile) long structure completed in 1932 protects much of the low-lying lands and allowed for the reclamation of small land masses known as polders within Lake Ijssel (see Fig. 3; Photo source: C Messier). 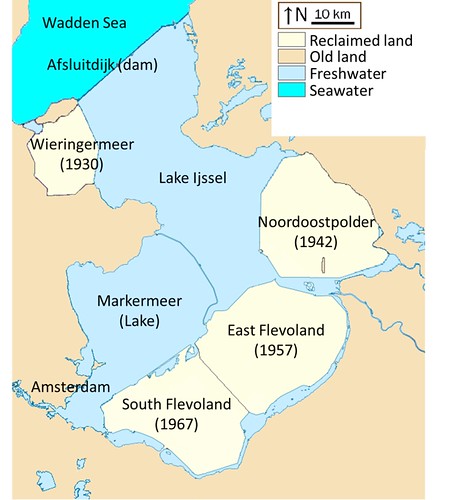 Fig. 4 – A map of a portion of the Netherlands depicting original land and land reclaimed from the sea, including the year that the construction projects were completed. Notice that the construction of the Afsluitdijk dam created a freshwater lake out of what was previously seawater by cutting off the sea but retaining freshwater inputs from rivers (Modified with permission from Io Herodotus under CC BY-SA 3.0). 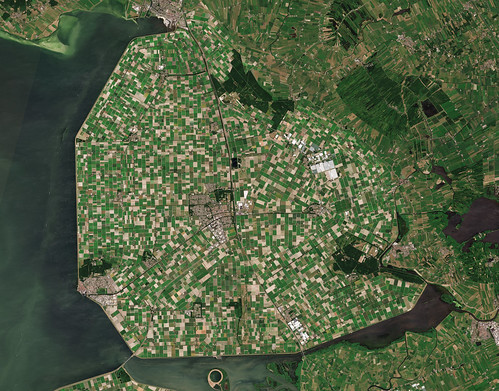 Fig. 5 – Satellite image of Noordoostpolder, one of the Dutch provinces created through land reclamation (see also Fig. 3). Notice the dense city centers and extensive agriculture. The Netherlands has become one of the world’s largest agricultural exporters after land reclamations.

There’s an old Dutch saying that goes, “God created the Earth, but the Dutch created the Netherlands.” The people of the Netherlands are proud of the fact that they have been living at or below sea level for centuries thanks to their ingenuity and resilience. These feats of engineering have no doubt saved many human lives and countless dollars in would-be damages. As climate change increases flood risks in many other places around the world, the lessons of the Dutch may become increasingly valuable to other nations. However, massive-scale changes to natural habitat such as these are not without environmental consequences. At the very least, any species that required the aquatic or marine habitats which no longer exist will inevitably be negatively impacted. Unfortunately, there are many other ecological and environmental consequences to these changes, but that will have to be the topic of another post…

« Why are some primate infants brightly colored?
Archive
Going on Autopilot? Thank Your Place Cells »