Although tattoos are safe for most everyone, here are two unique cases of a person’s body responding poorly to this form of body art. 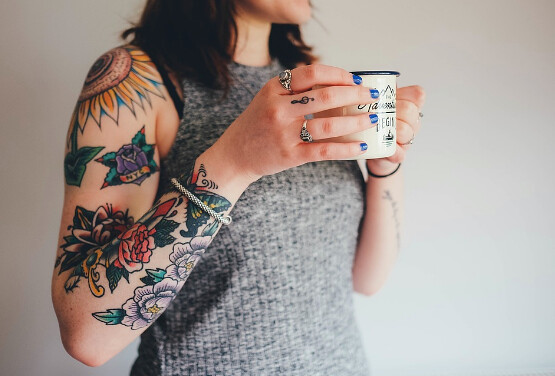 “Tattoos are trashy and you’re going to regret that someday,” these words were not exactly the reaction I wanted to hear from my mother the day I came home from the parlor with my first tattoo.

In today’s world, tattoos have become much more commonplace than they once were, but for many people, specifically members of my parent’s generation, there is still a stigma that surrounds this form of body art. 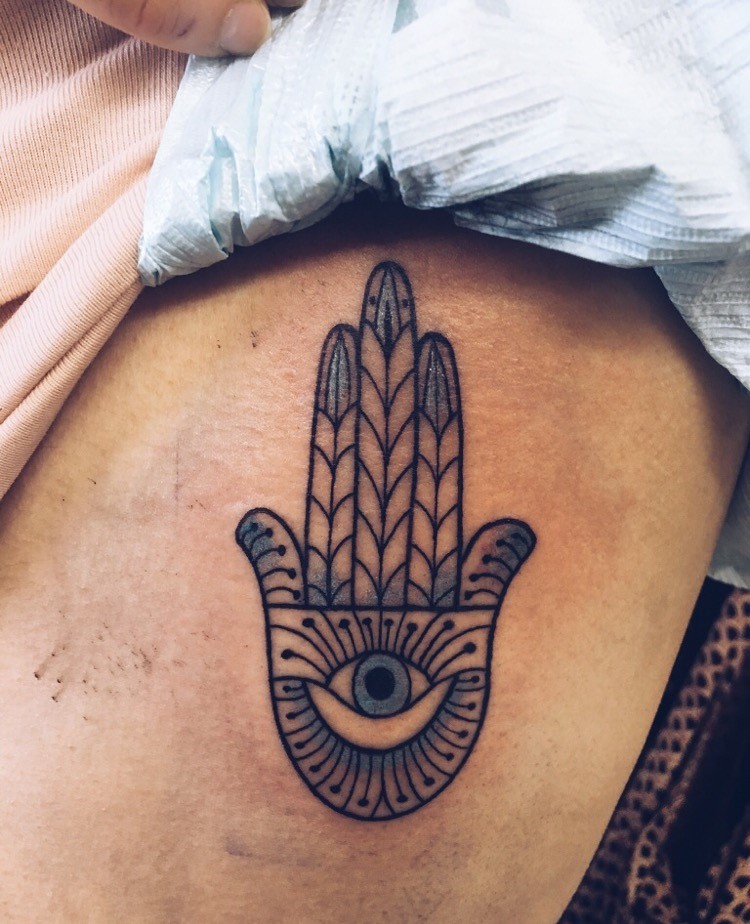 Figure 2 A picture of my tattoo the day I got it. (Source: Nadia Raytselis)

When I got my first tattoo, I honestly did not put an excessive amount of thought into it. I had been toying with the idea of getting a tattoo for about a year, thought of something I liked, and the next thing I knew I was lying on a table at a parlor in Georgetown listening to the buzz of the needle on my skin. Granted, there definitely was a slight amount of peer pressure involved, but to this day I truly love my tattoo. My impromptu trip was about a year and a half ago, and it wasn’t until I read an article that popped up on my Facebook feed that I was somewhat rattled by my impulsive decision.

In the fall of 2017, doctors in Australia encountered something they had never witnessed before [1]. A young woman came in with enlarged lymph nodes on various parts of her body. Swollen lymph nodes tend to be a marker of infection or inflammation, so a series of tests were performed to try to identify the source.

One such test was a body scan, which found additional inflamed lymph nodes in the woman’s chest and at the roots of her lungs. The medical team’s first thought was that it must be some sort of lymphoma cancer, which often can be responsible for symptoms like these.

However, when the doctors looked closely at immune cells extracted from one of the woman’s lymph nodes, they found something shocking. There was no sign of cancer, but instead black ink.

Essentially, what happened was an extreme immune response to the woman’s two tattoos, one 15-year-old tattoo, and another newer tattoo. The immune cells in the woman’s skin encountered the ink, an unrecognized invader, and “ingested it”. This caused the ink to seep through the physical barrier of her skin, part of her innate immune system, and through her blood, eventually causing her lymph nodes to swell in response to the foreign pigment [1].

Although infections do not occur in the majority of tattoos, the case in Australia is not the first incident. Earlier this year a Texan man died from swimming in the Gulf of Mexico after getting a tattoo on his leg [2]. Tattoo artists will tell you to treat your new tattoo with the same care you would an open wound. When I got my tattoo I was told not to go swimming for a minimum of three weeks. Unfortunately for this man, the appropriate precautions were not taken, and when he came into contact with a bacteria called Vibrio vulnificus it attacked his immune system. Doctors say that the organism is not usually life threatening, but for people with weak immune systems, specifically liver disease, it can be lethal. 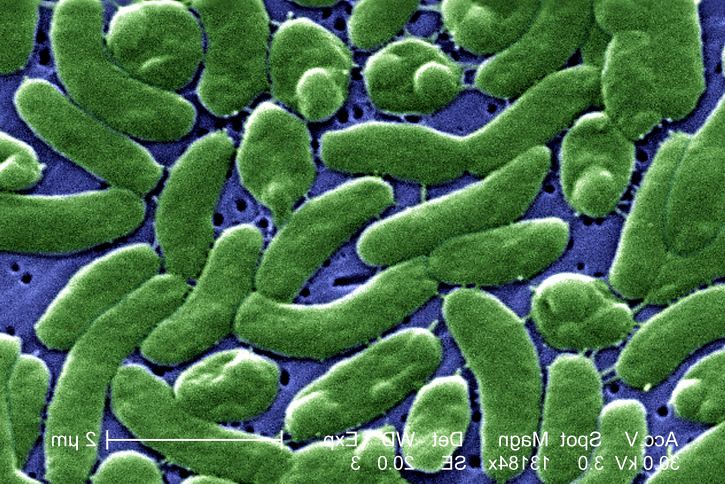 Figure 3 Vibrio vulnificus, the bacterium that killed the man in Texas. (Source: https://pixnio.com/science/microscopy-images/vibrio-related-diseases/depicts-a-grouping-of-vibrio-vulnificus-bacteria)

According to the Mayo Clinic, allergic reactions, skin infections, blood borne diseases, and MRI complications are all possible side effects of tattoos gone wrong [3]. In some serious cases, tattoo infections can present like melanoma cancer, but these are still only surface-like symptoms. What was unique about the case in Australia was the fact that the infection presented itself like a blood cancer would, something unheard of until this incident.

Thankfully, I have yet to experience any of these adverse symptoms as a result of my tattoo (knock on wood), but as shown by the woman in Australia, years can go by between exposure to tattoo ink and an outward immune response.

So why did the Australian woman react so aggressively to the tattoo? According to Dr. Bill Stebbins, the director of cosmetic dermatology at Vanderbilt University Medical Center, the pigment in the ink is too big for cells to perform phagocytosis [1]. Phagocytosis is essentially cellular eating and digestion, a process that the innate immune system performs to break down foreign invaders [4].

When the immune cells in the woman’s lymph nodes closest to her tattoos were unable to perform this routine cellular process, they became enlarged and displayed symptoms most commonly associated with blood cancers. Fortunately for the Australian woman, the infection was temporary and not a form of lymphoma cancer, and after some time the swelling in her lymph nodes decreased and she was fine.

Nevertheless, this case brings attention to the fact that there is some uncertainty when getting tattoos. However, as the risk of infection with proper care is quite low, it is improbable that anything will go wrong with most tattoos, and equally unlikely that incidences like this will stop people from paying large sums to have ink injected into their dermis membranes. That being said, it’s still something to consider. 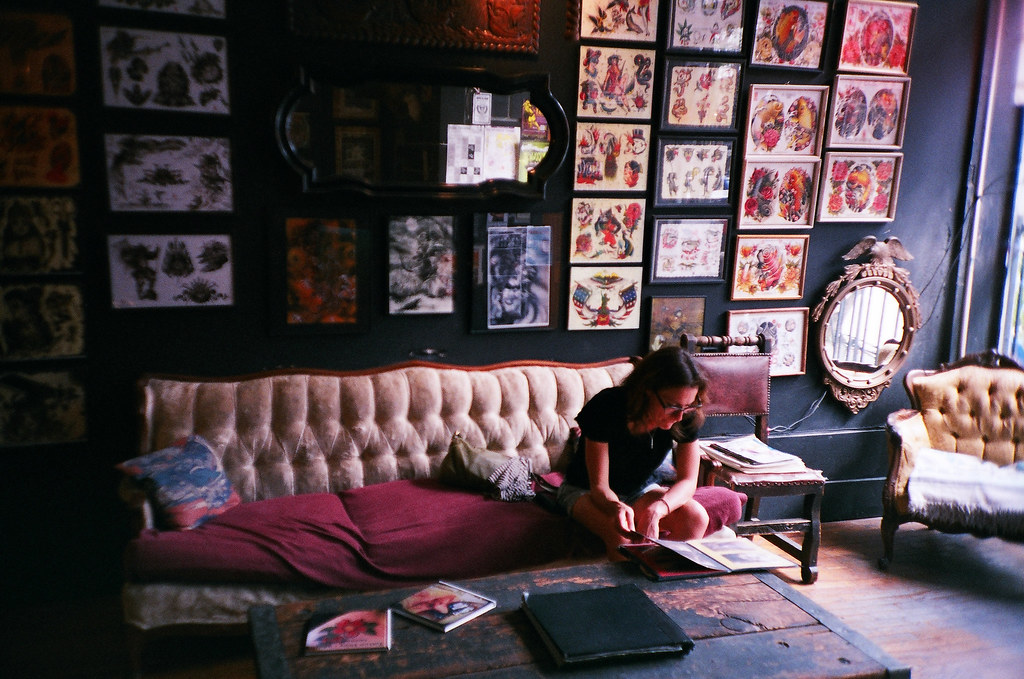 As someone who has a tattoo, and constantly contemplates getting more, I feel it’s worth doing some research. Making sure your tattoo is from a reputable parlor, and ensuring that you take care of the tattoo during its healing process, are two easy ways to avoid complications. Especially for those who already have weak immune systems, understanding the potential risks of this form of body art is integral to having a happy, infection free tattoo experience.

Nadia Raytselis is a rising senior at the University of Massachusetts Amherst studying Microbiology and Spanish.

My passion for science stems from my love for the outdoors and nature. I am interested in studying disease, through analyzing both environmental factors and transmission cycles that contribute to its virulence. This blog combines two things in life that I love, science and tattoos. I draw a lot of flowers and plants in my free time, and hope to design tattoos in the future that will bridge these two interests of mine. 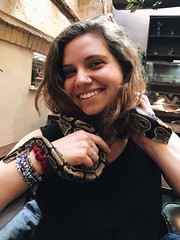 « Alien Microbes: How studying hyperthermophiles can help us discover life on other planets
Archive
Secrets of the Soil: Searching for Stories from a Warming Climate »