Have you ever wondered what the difference is between a butterfly and a moth? Me too. This is what I found out.

But that response gets old. No time like the present for me to get back to all those that have asked me this. I dug through some of my textbooks, guidebooks, and online resources and have outlined the following for myself and all those who have posed the question.

Starting with the common ground between the two. Both butterflies and moths are insects (class Insecta) and thus have a hard exoskeleton, six segmented legs, a three-part body (head, thorax, and abdomen), antennae, and compound eyes (with numerous visual units) [1]. Within this class of animals, both butterfly and moths are in the order Lepidoptera (Fig. 1) 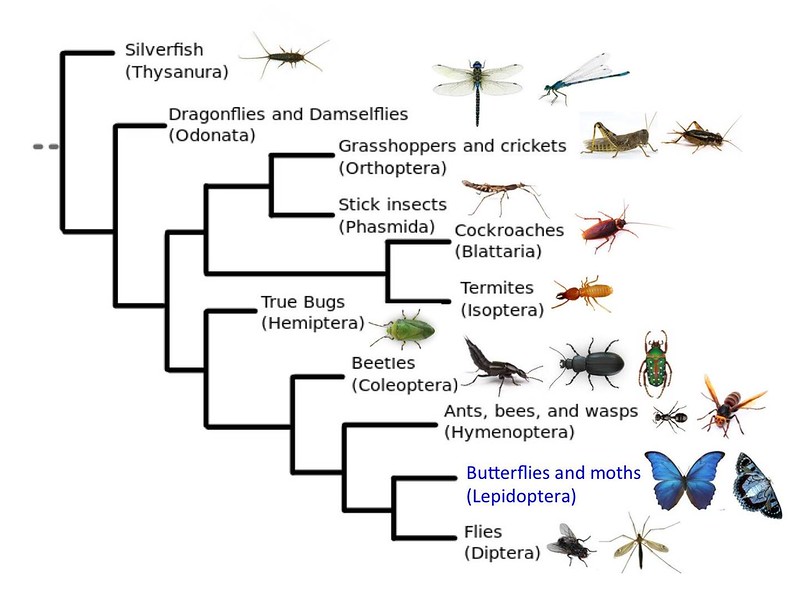 Fig 1. Some of the common insect orders (groups) within the overarching class of insects (Insecta). The butterflies and moths are highlighted in blue. This phylogenetic tree shows their evolutionary relationship to each other. Adapted from an image from Wikipedia Commons.

Lepidoptera means “scaled wings” in Greek. Both butterflies and moths have large front and hind wings, which as the name implies, are covered with tiny scales (Fig. 2)[2]. This feature sets them apart from all other insects (e.g. dragonflies, grasshoppers, beetles, flies, bees). The immature (or larval) stage of both butterflies and moths are caterpillars. Caterpillars are fascinating and can even be cute, but because they eat plant material (roots, leaves, stems), they are probably more destructive to agricultural crops and forest trees than any other group of insects (see my earlier post “The hungry caterpillar in real life”). Because of their close relationship with plants (they eat them), butterflies and moths are thought to have evolved along with flowering plants. Following the caterpillar-stage, all butterflies and moths go through a metamorphosis to become their adult, winged form. 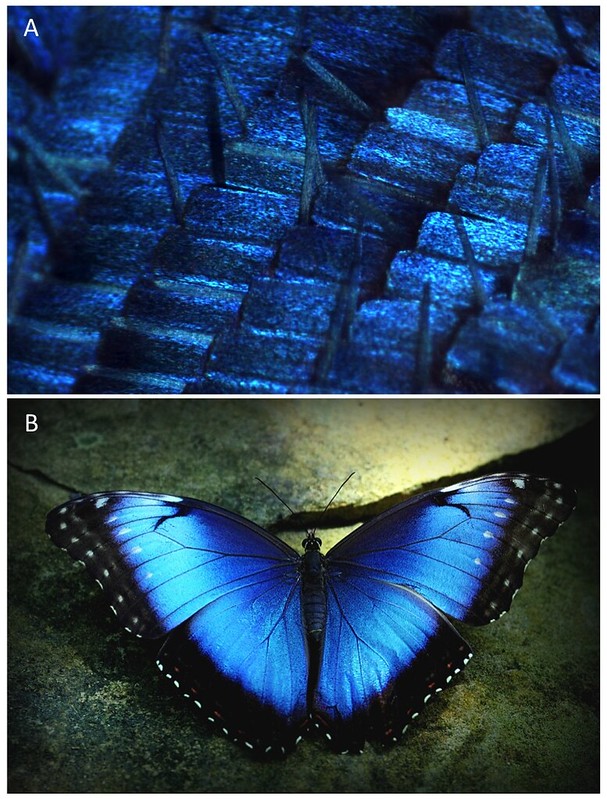 Fig 2. Image of the (A) wing scales of a (B) blue morpho butterfly. Modified using photos by Argonne National Laboratoy and TexasEagle.

Nonetheless, in the pursuit of my answer, I have outlined the guidelines below in order of most steadfast to least reliable. 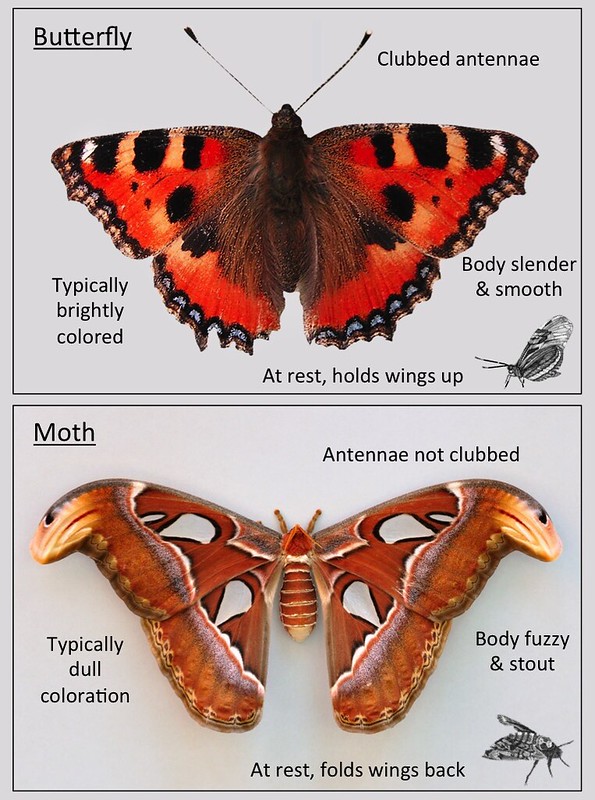 Fig. 3 Distinguishing features between a butterfly and a moth. Modified using photos from Pixabay and Wikipedia Commons.

Size is not a determinant, but is fun to discuss as a side note. The largest known butterflies in the world are the birdwings. The Queen Alexandra Birdwing (Ornithoptera alexandrae) and the Goliath birdwing (Ornithoptera goliath) both from the rainforests of Papua New Guinea have a wingspan of 11 inches. The largest known moths are the Atlas moths (Saturniidae) with wingspans as large as 12 inches. On the other end of the spectrum, the smallest known butterflies are the blues (Lycaenidae) with wingspans from 1/4 - 1/2 inches. The smallest known moths are from the pygmy moth family (Nepticulidae) with wingspans as small as one tenth of an inch. Check out this fun Library of Congress page for more info.

In the end, it looks like there are no hard and fast rules, but I am now equipped with some guidelines to determine if something is a butterfly or a moth, and so are you! Thanks for coming along for the ride.

« Tuberculosis - A Romantic Disease?
Archive
Got Lactase? Breaking Down the Enzyme »