You smell like my child, sweet child of mine.

Imagine waking up one day to see a smaller version of yourself lying in the same bed. You ask yourself, “Is it dangerous? What should I do?”

Don’t be scared, I’m writing about one of the possible versions of your intermingled genes, after they mixed with the ones coming from your partner, resulting in what is more commonly described as ‘your child’. Granted, it does not occur by spontaneous generation. Still, there is suddenly something alive there, which you recognize as your child and care for.

Since we are about to get emotional, I want to pause and be clear about what I mean by “emotion”. I will follow Kandel’s description by saying that “emotions are automatic, largely unconscious behavioral and cognitive responses triggered when the brain detects a positively or negatively charged significant stimulus. Feelings are the conscious perceptions of emotional responses” [1]. Thus, I will be focusing on the innate, unconscious emotion that makes you pick up a crying child and sit it on your lap so you can give the proper attention.

Many mammals, including humans, are born completely dependent on parental care. This brings an imperfect — yet somehow explanatory — answer to the title of this article: mothers mother because it is completely required for survival of their offspring. Both mothers and fathers instinctively exhibit parental behaviors in many species, but for now I will focus on maternal behavior.

Maternal behavior is a highly dynamic and demanding array of behaviors that mothers perform after giving birth. “Being a mother” might start during pregnancy, when a hormonal revolution takes place. For example, virgin rats normally tend to avoid pups, but there is a transition from avoidance to highly motivated maternal behavior after they give birth. Hormones may act to make future mothers primed towards infant cues or to reduce the repulsion virgin females normally show to pups [2]. 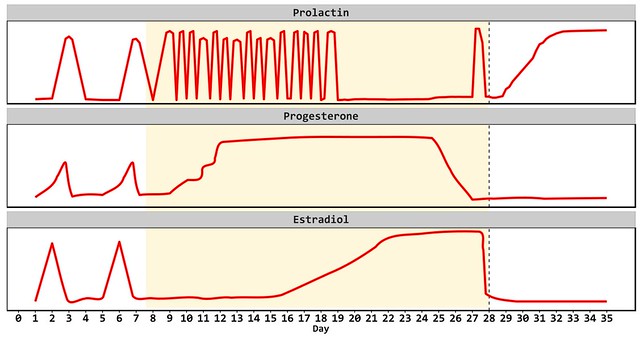 These hormonal changes take place before birth, but there are also a lot of maternity checkpoints that come with the new children. Mother-infant bonding, also known as the ‘Luke, I am your mother’ moment, is crucial for the development of the infants. For example, a postpartum ewe (female sheep) will care for any lamb presented at the time of birth, even if it’s not her own. However, once the mother-infant the bond is formed, she will reject other lambs. This selective bond arises from an olfactory learning mechanism of recognition — a smelly fingerprint — that lambs carry and mothers can recognize [3,4]. 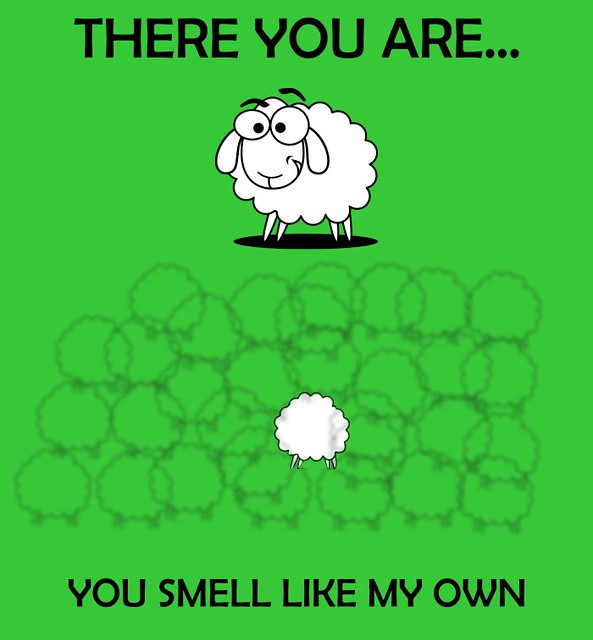 Fig. 2 Olfactory (scent-based) cues can affect mother-infant bonding. Ewes recognize and learn how their offspring smell, then direct maternal care for their own infants while rejecting others. Image by Matias Andina.

Infants have several needs and those develop over time. Hence, maternal behavior must be flexible enough to adjust to youngsters growing up and ultimately becoming young adults. In early stages, infant rodents need extensive care. Mothers must nurse the pups, keep them warm together, retrieve them to the nest if they move away and keep them clean by licking their bodies. These behaviors will change and adapt as the pups develop and ultimately are able to survive by themselves. We know that several brain regions are involved in how maternal behavior develops, but there are still a lot of questions for which we don’t have an answer [2,4]. 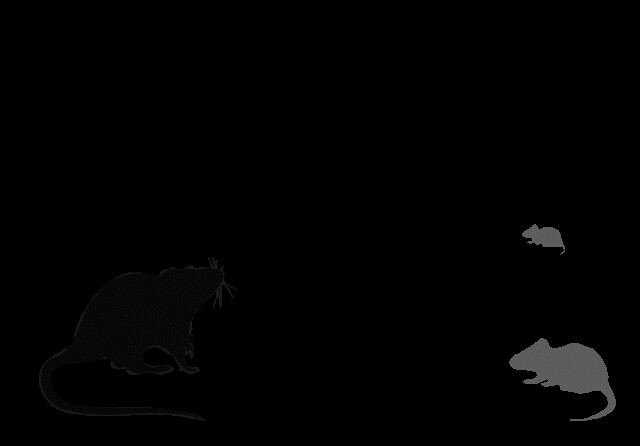 Fig.3 Rat mothers need to comply with different needs depending of the age of their pups. Moreover, it is common for wild rats to have to care for offspring of different ages at the same time. A flexible mind is strongly recommended for this task. Image by Matias Andina.

The most significant evidence of maternal behavior points towards the role of the medial Preoptic Area (mPOA). The mPOA is located in the hypothalamus, a large brain region strongly related to emotion. The mPOA also receives information via the sexual hormones — like an “imminent pregnancy alert” — and sends information to other circuits related to emotion [2,5]. This area was extensively studied in the early stages of maternal behavior. But the brain keeps playing hide and seek with scientists, this region is very heterogeneous! This means that the neurons that live there are essentially different from each other, they talk to different neurons and ultimately account for different behaviors. More importantly, the time plays a fundamental role. In rats, the mPOA seems to be adjusting its function to the needs of the young and the needs of the older. Those are still great news; research is shifting towards understanding the progression of maternal behavior and the mPOA might still have some lessons to teach us! As Pereira and Ferreira point out, ‘Importantly, not all mothers mother the same, nor each mother mothers the same at all times’ [5].

« Finding wildfire’s niche in the Anthropocene
Archive
Mind over microbe »